An eagle with two heads : Empty Room is a beautiful 3D sound project i run since two years now – in collab with the french Spatial Media Lab in Paris and now with Le Cube center of digital arts of Issy-les-Moulineaux.

Come over and immerse yourself in  a virtual 3D environment, all made of sounds with an incredible sense of space.  Empty Room is an electroacoustic composition, entirely spatialised trough my virtual acousmonium directly embedded in the 3D scene, with a subtle sound design made on a dedicated analog modular system.

You can vote here  : http://vote.futur-en-seine.paris 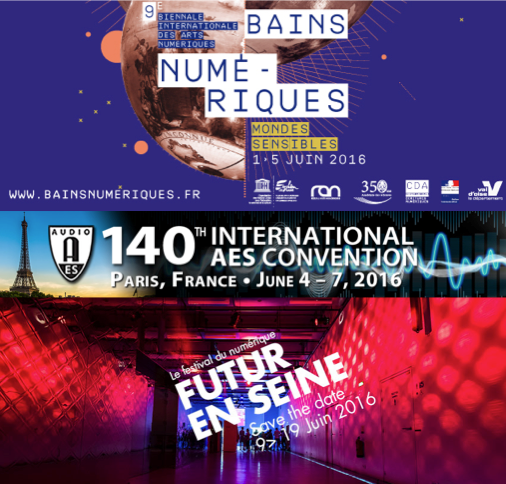 You will find my there : a 4′ interview in my studio. Thanks to Jean-Yves Leloup.

I will show elements from the work in progress of Empty Room, my last virtual 3D sound composition project made on Unity5 …

Recorded and published as part of Monuments of the Memory, MOTM was thought of as the project’s soundtrack.  Inspired by Canevari’s etchings, Christine Webster created a 10 minutes composition available on Le Livre Art Publishing site. 10′ Limited edition.

Female:Pressure is an international network of over 1200 female artists in the fields of electronic music. This blog was inspired by Bjork’s Pitchfork article in January 2015 where she notes the lack of photographic documentation of women at work in the studio. Here we offer a visual catalogue of female producers, DJ’s, media artists and electronic music Performers at work. These are not our press photos. This is a collective effort to demonstrate women and their use of technology in music and media production. Contributions welcome! – – – Follow http://www.femalepressure.net – #internationalwomensday2015 #IWD2015

Scroll the tumblr page all the way down, a lot of talented and inspring women composer are there !
http://femalepressure.tumblr.com/ 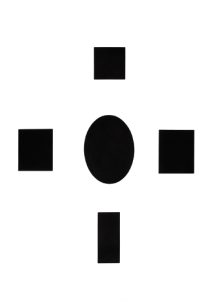 I was invited by Adele Jancovici, founder of LeLIvre ArtPublishing to produce a special sound work for the launching of Paolo Canevari’s MOTM – Monument of The Memory – a serie of 20 black and white monotypes. Launching is private and will take place in New-York 19th February 2015 :

The new abstract monotype etchings by Canevari will be presented during a private one-night event, inviting viewers to an intimate and multi-sensorial experiencing of the art.

To provide a contemplative space, the exhibition space will be filled with the fragrance of candles designed in collaboration with Canevari.

Throughout the viewing an original ambient soundscape inspired by Monuments of the Memory and created by noted composer Christine Webster will resonate within the room.

The monochromatic hors d’oeuvres and drinks offered during the reception, together with the sound and scent, will make it a night to remember.

The invitation-only reception will take place February 19 at the Refectory at the High Line Hotel, New York, followed by private viewings at the Hotel’s salon through February 22.

It was a pleasure to collaborate with Miss Jancovici and her team, we both share the same connection to Louise Bourgeois and Paolo Canevari’s Monotype blow my mind. It was very inspiring.

Adding to the experience is a ten-minute loop of sound that plays all night long. As Jancovici explains, “It puts you back in the womb and it takes you out. It is a game of opposites, of unity and uniqueness. The sound envelops you, it embraces you, and it pushes you out. It makes you both feel at home and uncomfortable. It is not music, but it is a sound. We had a musician, Christine Webster, produce it. I gave her a list of words that I had in mind, words like heartbeat, white noise, and universe, and I sent those words along with the images. I told her to create it as a gesture of open arms. She produced something that brought me to tears. It is very rare that you can tell someone that they understood exactly what you wanted and have done better than you could have imagined possible. The works are vibrating energetically, and that translates into a sound and a scent. MOTM is a story of intimacy, of interpersonal relationships. It demands that a person be there and explain the work to you personally.

More about Adele Jancovici and

Paolo Canevari: Monuments of the Memory